Digital natives or Gen Y: to Byod or not to Byod?

Let me explain why before.

Even though, I have been quite a geek since 20 years regarding the internet and its impacts on our lives. Even though, I started using social networks in 2004 (I was co-founder of a music label, and to promote our artist, our company was one of the first user on Myspace…). Even though, I have been using for myself LinkedIn since 2004. Even though, I learned with the ancestors of tutorials to use html coding to create and improve a website in 2005… Even though, a few years later, I played a role in the team of the first experiment in France to include citizens in the design of the law on Digital republic… Event though, I explained to my daughter’s school teacher what she could learn if using Khan Academy in 2013… Even though, even though… I might be a digital addict, or simply an open minded person (?), but I will never be not a digital native.

Age can be cruel!

But what I consider more cruel is all the studies concerning digital natives and generation Y, reminding us that whatever changes humanity faces, there is and will always be a gap between generations.

This gap reveals both the uncomfort of aging and the changes of the world around. We all have read a lot about the Digital natives, the millenials, the Generation Y (which is endangered by coming Generation Z, co-called the Zs – for Zombies, I read once…). Each time I read such studies, I have an ambivalent feeling: « OK, it is statistics, it gives trends and that is interesting as such. » versus « It is so lame: no one can put such a diversity in one box with 7 attributes simply because they are born between year 1 and year 10… ».

One of the paradox that I would like to highlight is the one that we encountered during a study we did on working changes. We launched a research on the use of personal device (laptop, smartphone…) at work (some might recognise the Byod for Bring Your Own Device).

We collected results from 800 people from all parts of France, all types of companies, and all ages. Then we drilled down on Digital natives, given that we had read that they wanted other working conditions, they wanted changes in the working environment that companies could provide them, and that the Digital natives considered their personal tools more performant than those that their employer could provide them. 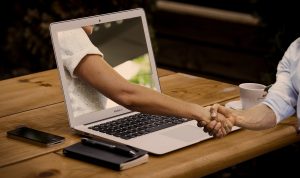 Thus, my questions, for Digital natives, are:

Thanks for your feedback (digital natives or others welcome)!